Schwinn vs Mongoose vs Huffy: Which is a Better Bike Brand? | Mighty Biker
Skip to content

Searching for a new bike and trying to decide between Schwinn vs Mongoose? We’ve put Schwinn and Mongoose head to head in this match up to help you determine which company’s bikes are best for your needs.

Schwinn vs Mongoose vs Huffy: Which is a Better Bike Brand?

QUICK SUMMARY: Searching for a new bike and trying to decide between Schwinn vs Mongoose? We’ve put Schwinn and Mongoose head to head in this match up to help you determine which company’s bikes are best for your needs.

Buying a new bike is no easy feat. With so many great companies to choose from, narrowing down your options to a few top candidates can be challenging, to say the least.

Two of the top bike companies on the market today – Schwinn and Mongoose – are well-known for their quality gear, so deciphering which one best aligns with your needs is difficult. To help you out, we’ve pitted both companies against each other in this head to head match up.

Coming right up, we’ll discuss the ins and outs of these two top bike companies to settle the Schwinn vs Mongoose debate once and for all.

Schwinn vs Mongoose Bikes: What You Need To Know

Schwinn Bikes is perhaps the best known name in the biking industry. The company got its start in the 1890s when Ignaz Schwinn, a young bike enthusiast and machinist from Germany, met Adolf Arnold while working in Chicago. After a few years of working together in various factories, the duo decided to set off on their own and start their own bike company.

By 1895, Arnold and Schwinn were producing their trademark “World Bicycles,” which quickly became a hit in the United States. Just one year later, cyclist Major Taylor made history by riding a Schwinn bike to a world championship, cementing the company’s status within the cycling world.

Over the years, Schwinn’s bikes developed and evolved into the massive bike line-up that they offer today. Although the company started out with a focus on performance road bikes, they’ve since expanded their offerings to include a range of affordable mountain bikes, road bikes, BMX bikes, and even electric bikes for cyclists to choose from. 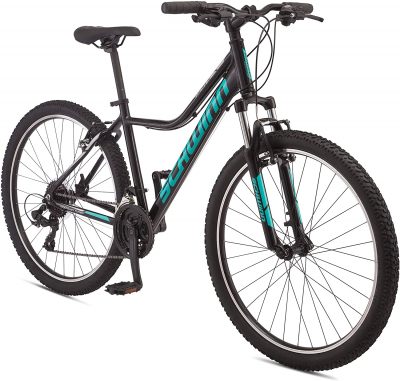 Where to buy Schwinn Bikes

While Schwinn Bikes have been around for well over a century, Mongoose Bicycles are quite a bit younger. Mongoose was born in 1974 when Skip Hess, an avid BMX biker, came up with his first idea for a cast-magnesium wheel that could withstand the rigors of BMX from the comfort of his garage.

A few years later, Hess and his company produced one of the world’s first purpose-built factory stock BMX bikes. These bicycles made it easier for BMX enthusiasts to get a new set of wheels straight from their local bike shop without the need to invest a load of time and money into converting an existing mountain bike.

Since their humble BMX-focused beginnings, however, Mongoose has branched out quite a bit in terms of their bike offerings. Nowadays, Mongoose creates a nice line-up of BMX, mountain, urban, and kids bikes for everyone to enjoy. 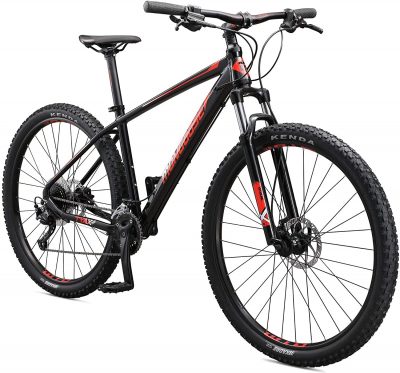 Where to buy Mongoose Bikes

Now that you’re familiar with both Mongoose and Schwinn, it’s time to compare these 2 companies. In this section, we’ll break down the similarities and differences between Schwinn and Mongoose bikes to help you determine which manufacturer is right for your cycling needs.

Although Schwinn and Mongoose started out as road and BMX bike manufacturers, respectively, they’ve since expanded their offerings to include a wide range of different bike types.

These days, both companies offer mountain bikes for kids and adults. However, that’s where the similarities end. While Schwinn offers cruiser, hybrid, road, and electric bikes in addition to their tried-and-trusted mountain bikes, Mongoose creates BMX and urban bikes, instead.

So, if you’re in the market for a mountain bike, you’ll find plenty of options with either Mongoose or Schwinn. For any other type of bike, though, you’ll want to be strategic with the company that you choose.

Winner: Schwinn because of the sheer number of bikes types and individual bike models that they offer. Nevertheless, if you’re in the market for a BMX or urban bike, Mongoose is the better choice.

When assessing bike quality and durability, one of the easiest features to look at is a bike’s frame construction. In general, both Mongoose and Schwinn bikes use aluminum frames, which are affordable, reliable, and fairly lightweight.

Since Mongoose usually designs their bikes for BMX and trail riding, though, you’ll usually find that their frames are made from higher-quality aluminum alloys. These alloys tend to be much more durable, especially when used in rough conditions and for jumps and tricks, than what you’d find in the majority of Schwinn bikes, though they usually come at a higher price point.

That being said, bike quality and durability are difficult qualities to assess across a range of different bike models, so do keep in mind that there will be exceptions to any generalizations we make in this section.

Winner: Mongoose because they’re known for their high-quality aluminum frames which, while slightly more expensive than Schwinn frames, tend to be more durable.

Both Schwinn and Mongoose offer a range of bikes at a variety of different price points, so most recreational cyclists can find something with one of these 2 companies that works for their budget.

But, exactly how much can you expect to spend on a Mongoose or Schwinn bike?

Although prices vary from retailer to retailer, you can generally find a Schwinn kids bike for about $100 to $200. Alternatively, Mongoose kids bikes start around $150 and they increase in price to about $700 for a high-end kid’s mountain bike.

As far as adult bikes go, Schwinn mountain bikes start at about $250 and they top off at around $700. Meanwhile, you’ll be hard-pressed to find a Mongoose adult mountain bike that retails for less than $300 and some of their top-of-the-line models sell for upwards of $2,500.

Winner: Schwinn because, on average, they offer more affordable recreational bikes for both kids and adults.

Schwinn has been around for well over a century while Mongoose is certainly newer on the scene. However, both brands have built up solid reputations in the biking community during their time on the market, even if Mongoose is less of a household name across the global bike community.

Over the years, Schwinn’s brand has started to align itself more with affordability than with performance. Although the company’s early bikes were fairly popular among big name cyclists, you won’t find any Schwinn bikes on the Tour de France circuit.

On the other hand, Mongoose has had a fairly steady reputation over the years of being slightly more expensive than some of its competitors due to the company’s generally consistent quality throughout their line-up of offerings.

Winner: Mongoose because the company offers a range of bikes at various price points which are known for their quality, durability, and versatility.

Not sure if a Schwinn or Mongoose bike is right for you?

Well, we’re happy to tell you that there are quite a few other great options on the market for you to check out. If Schwinn and Mongoose don’t quite have the type of bike you’re looking for, it might be worth investigating a Huffy bike, instead.

Huffy Bikes has been in business since 1892 when George Huffman converted his sewing machine company into a factory that focused on producing comfortable, affordable bikes that anyone could use and enjoy. In fact, Huffy even invented training wheels for bikes in the 1950s, making it easier for kids everywhere to learn how to cycle.

In their 125+ years in business, Huffy Bikes has crafted tens of millions of bikes, most of which focus on comfort and functionality. Although you won’t exactly see a Huffy bicycle on the pro cycling circuit, the company produces a range of affordable and easy to assemble adult and children’s bikes for casual riding. 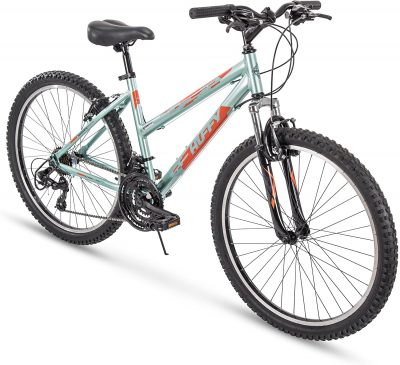 Where to buy Huffy Bikes

Mongoose and Schwinn are two well-known and well-loved companies that have a track record of producing quality bikes. At the end of the day, it’s impossible to say that one company is better than the other because they each cater to a unique type of cyclist.

For overall affordability a wide range of options to choose from, Schwinn is likely your best bet. Otherwise, when it comes to quality, brand reputation, and off-trail performance Mongoose is a solid choice, but it all depends on your individual cycling needs.

Let’s take a look at items you need on every bike ride and the gear that makes riding fun, easier, and more comfortable. Essential Mountain

Are you a total beginner when it comes to biking? There are several factors to keep in mind when choosing a hybrid bike, one of

When you’re shopping for a new hybrid bike, think about factors such as cost, comfort, and style. Hybrid bikes blend the characteristics of both mountain

Giant is one of the best hybrid bicycle manufacturers on the market, learn how it stack up against its competitors! Giant Hybrid Bikes Reviewed –

Looking for top of the line carbon fiber performance hybrid bikes? Learn more about what makes carbon fiber frames special and discover some of the

How to Buy the Best Women’s Hybrid Bike

When shopping for the best hybrid bikes for women, there are a few things to take into consideration. Use these questions to help guide you