Vegan cyclists who are just getting started on their plant-based journey may want to track their food intake to ensure all nutritional bases are covered. Bottom line? A vegan diet and cycling can be a match made in heaven if you’re willing to do the work.

The Vegan Diet and Cycling: Can You Ride Strong on a Plant-Based Diet?

QUICK SUMMARY: Vegan cyclists who are just getting started on their plant-based journey may want to track their food intake to ensure all nutritional bases are covered. Bottom line? A vegan diet and cycling can be a match made in heaven if you’re willing to do the work. 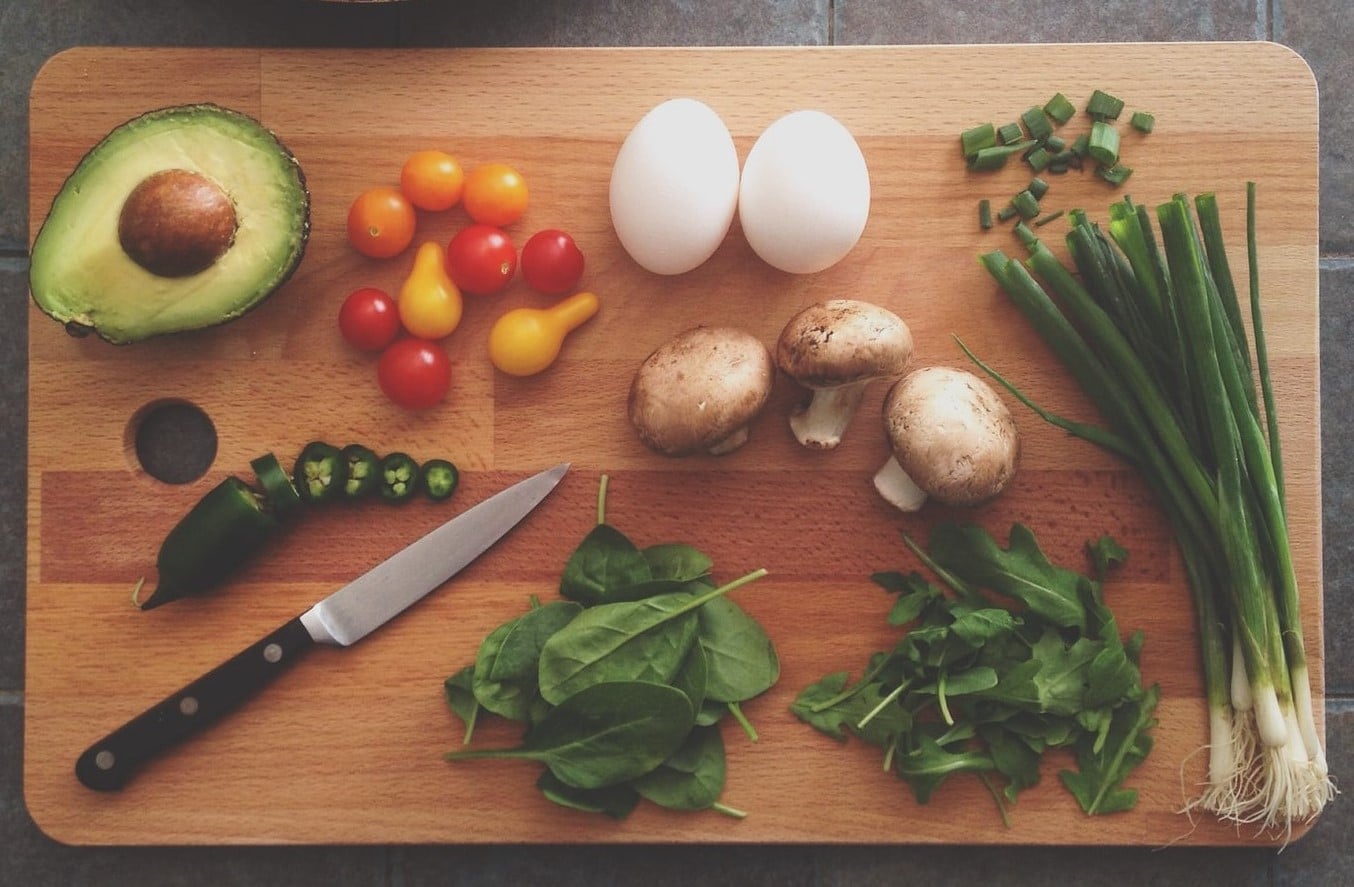 If you’re considering ditching meat and dairy to follow a vegan diet, you’re not alone. Veganism has grown past its humble beginnings as a small subculture into a widespread movement that now encompasses people who go plant-based for environmental, health, or ethical reasons.

With that said, the percentage of Americans who follow a strictly vegan diet is still relatively small at just 3%, up from 2% in 2012 according to a Gallup poll. And those following a vegetarian diet make up 5% of Americans. Despite those smaller numbers, interest in veganism and vegetarian diets is growing worldwide, as the explosion of vegan products attests. Non-dairy milk options and vegan “meats” like those offered by Impossible Foods and Beyond Meat are increasingly popular alternatives to meat and dairy.

For the vegan-curious, there are often questions surrounding the vegan diet’s potential impact on health, especially if you’re an athlete. Can you follow a vegan diet while training strenuously for an event? Does a vegan diet and cycling performance go hand in hand?

While there’s robust scientific supportfor the beneficial effects of a plant-based diet for biomarkers of health and disease, athletes who want to transition to veganism have a bit more legwork in store for themselves when it comes to meeting their nutritional needs.

A healthy cycling vegan diet is possible with the right planning. We’ll explore how plant-based cyclists can ensure they’re eating enough and hitting the right macronutrient ratios below.

Nutritional Considerations for Athletes: Why Your Food Matters

Whether you’re an omnivore or a vegan, your food intake as an athlete is essential to how well your body recovers and performs. At the most basic level, you need adequate food intake to give your muscles the energy necessary to pedal your bike. If you’ve ever experienced “bonking” on a ride, you know exactly how it feels when you haven’t eaten enough, leaving your body to run on fumes. But proper on-the-bike nutrition helps power your body’s motor, so you can go ride stronger and faster for longer.

If you’re training and exercising regularly as a cyclist, that exertion breaks down your body. The food you eat after your workout acts as the building blocks to help your muscles and body recover and rebuild. Exercise depletes your muscles’ glycogen stores, which need to be topped up with a combination of protein and carbohydrates. Your exact protein and carbohydrate requirements depend on your weight and your exertion level of your exercise.

Special Considerations For Cycling on a Vegan Diet

In general, vegan athletes need to eat a wider variety of plant-based foods —and more of it— to get the equivalent of the nutritional profile of a meat and dairy diet. Animal products are typically more protein-dense than plant foods, so they act as a kind of nutritional shortcut. This isn’t necessarily a drawback for vegans, since additional fruits, grains, and veggies can provide extra health benefits.

Although vegan and vegetarian meat replacements are easy to find in most major supermarkets, they’re highly processed and not something an athlete should be reaching for every day. Focus on whole foods when possible.

A few key nutrients to keep in mind if you decide to adopt a vegan diet include protein, B12, iron, and calcium.

Protein is important to support your muscle recovery and for a healthy immune system. Adequate amounts of vegan protein takes planning, but it’s doable.

Supplementation of B12 is required for vegans since you can only get this vitamin from animal products. You can either purchase capsules, eat plant-based milks fortified with B12, or sprinkle B12-fortified nutritional yeast on foods like soup.

Plant-based iron is typically harder for your body to absorb, which is why it’s important for athletes to eat vitamin C-rich food to aid absorption.

Check out these sample meals and snacks to get an idea of what you should be consuming while cycling on a vegan diet.

Drawbacks to a Vegan Diet

Vegan diets tend to be lower in fat, protein, calories, calcium, and iodine compared to meat and dairy diets. For athletes who want to adopt a vegan diet, it’s critical to eat enough foods that carry the right nutritional profile, which can be frustrating for those unfamiliar with macros and calorie-tracking. Compared to omnivores, vegans will need to eat considerably more to meet their nutritional needs.

For athletes who have trouble meeting their nutritional needs with a regular diet, a more restrictive vegan diet might not be the right choice. And if you do decide to transition into veganism, it’s a good idea to consult your physician or a registered dietician to get baseline tests measuring your vitamin and mineral levels before making a major dietary change.

Wrap-Up: Cycling on a Plant-Based Diet

Through careful attention to macro and micronutrient recommendations, along with appropriate supplementation, vegan cyclists can create a diet that supports athletic performance. Vegan cyclists who are just getting started on their plant-based journey may want to track their food intake to ensure all nutritional bases are covered. Bottom line? A vegan diet and cycling can be a match made in heaven if you’re willing to do the work.

FAQs: The Vegan Diet and Athletes

Still have a few remaining questions around the vegan diet? Below, we’ve compiled a few frequently asked questions and answers about veganism.

Should I Go Vegan or Vegetarian?

Veganism is the absence of any animal products, including eggs, dairy, and honey. Vegetarians, on the other hand, abstain from any meat but may eat eggs and dairy products. It’s up to you if you want to choose one or the other, although veganism is stricter and involves more careful attention to nutrients like B12 and iron.

If you want to transition to veganism, you don’t have to cut out every animal product overnight. You might find more success with the vegan diet if you get the hang of eating vegetarian first. Then, you can eliminate dairy, eggs, and other animal products later.

How Do Vegans Get Enough Protein?

“Enough protein” is relative to your physical activity. If you’re an athlete and you’re in the middle of a hard training phase, you’re going to need more protein than a sedentary vegan office worker. With that said, it’s a good idea to know some vegan go-tos for your proteins. High-protein vegan foods include tempeh, tofu, seitan, chickpeas, and lentils.

Vegan protein powders are also plentiful and they’re an easy way to increase your protein intake. Pea protein powder in particular is a great choice because it contains all nine essential amino acids. One study even found that a pea protein supplement after exercise resulted in the same amount of muscle gain as supplementing with whey protein.

Are There Any Professional Vegan Athletes?

Professional vegan athletes are some of the best case studies for eating and training while plant-based. Serena and Venus Williams, for example, might be the most famous vegans in the professional athletic sphere. Both tennis greats went vegan for health and performance reasons.

Patrik Babourmian, a powerlifting world record holder, transitioned to veganism and saw an improvement in both his overall health and a shortened recovery time. And vegan ultrarunner Scott Jurek maintains that his vegan diet has led to greater endurance and faster recovery times.

Of course, you might not have a team of nutritionists or chefs creating well-balanced meals for you like these professional athletes, but that doesn’t mean you won’t be successful on a vegan diet.

Schwinn vs Mongoose: Which is a Better Bike Brand?

Searching for a new bike and trying to decide between Schwinn vs Mongoose? We’ve put Schwinn and Mongoose head to head in this match up 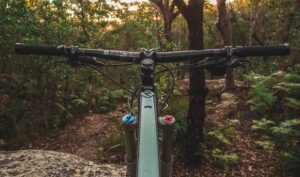 How To Choose The Best Off-Road Electric Hunting Bike?

Off road electric hunting bikes are equipped with motor engines which run on electricity and need to be sufficiently charged before leaving for a hunt. 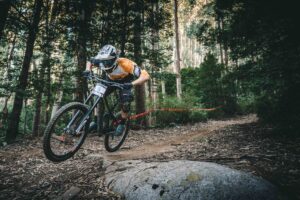 Beginners Guide: What Are The Different Types of Mountain Bikes

Mountain biking has evolved from a mechanism of transportation that was meant to take you from point A to point B, to an activity that 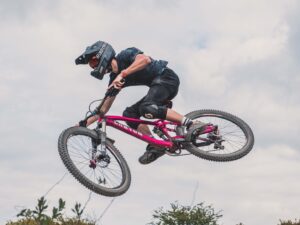 What is BMX Racing? The Basics of Bicycle Motocross Racing

Interested in learning more about bicycle motocross racing? Read on for a short overview of what it is and how it evolved in the US 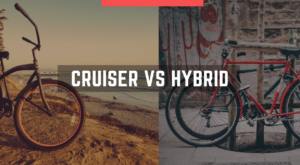 Cruiser vs. Hybrid Bike: Which Bike Is A Better Fit For Your Lifestyle?

Shopping an ever-growing market of makes, models, and varieties can often be difficult when buying a bike. Fear not; we’re going to be walking through 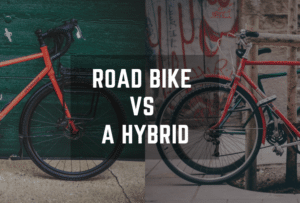 Road Bike vs Hybrid Bike: How to Pick the Right Bicycle

Road bikes and hybrid bikes are two options that people often compare when looking at a new bicycle. As the name suggests, road bikes were